2022 was dominated by open world RPGs, third-person action games, and cards. You couldn’t walk two feet without a friend telling you about some Elden Ring boss they finally beat or how cute the cat in Stray was. But their time is over.* We’ve been living the last 12 months with an over-the-shoulder camera at our backs, and it’s time to tuck it behind our eyeballs. 2023 will be another year that the FPS reigns.

*(Editor’s note: Their time is not over. These are extremely popular games, and Elden Ring was our GOTY (opens in new tab). But this whole thing kicks off with more authority if I sound like Leonidas, for some reason.)

For fans of virtually shooting stuff, 2022 wasn’t a strong year. Aside from Infinity Ward making another good Call of Duty (opens in new tab), the original FPS speedrunning stylings of Neon White (opens in new tab) singlehandedly carried my favorite genre. I don’t blame anyone in particular. For how tight a grip the FPS still has on PC gaming, the long lifespans of shooters like CS:GO, Valorant, Apex Legends, and Overwatch 2 (plus the ballooning costs of game development) has lowered the frequency of new shooters. We take what we can get, but this year I think we’ll be eating good.

Some of the most anticipated games and most promising indies coming out soon are FPSes—not to mention Starfield, which will likely be the single biggest videogame this year. Here are all the shooters I have my eye on in 2023:

Mundfish | February 20 | Singleplayer, sovietpunk, not Bioshock
One of gaming’s bigger curiosities in the years since its announcement, Atomic Heart is finally coming out in February. Will it be the fresh, inventive, soviet-punk Bioshock that all those weird-ass trailers make it look like, or will it be a middling FPS with an incomprehensible story that we all forget about by December? Can’t wait to find out.

Embark Studios | “Coming soon” | Competitive, destructible, pretty
A competitive shooter from a new outfit, Embark Studios, with a mighty impressive destruction engine at its core. Walls, floors, and entire buildings can crumble into hundreds of physics-based pieces and debris the same way for every player on the server—a feat that hasn’t been attempted at this scale. It won’t surprise you to learn that Embark is made up of many former Battlefield devs.

Starbreeze | 2023 | Co-op, heist, replayable
Starbreeze used New Year’s Eve to declare that its co-op shoot-the-cops game, despite having zero public gameplay footage or screenshots, is returning in 2023. That means we don’t know much about it yet, but we do know that the original Payday gang (Dallas, Chains, Hoxton and Wolf) are returning. I never got into Payday 2 the way some of my friends did, so I plan to give this one a real shot.

Bethesda Game Studios | 2023 | Open world, RPG, spaaaaaaaaaace
Bethesda’s next big RPG is finally out this year. This time, I actually believe that sentence. Is it a shooter? Well, it looks like it’ll be more of one than Fallout, with a greater emphasis on weapons mods and research. There’s a lot of excitement around Starfield, but also a fair dose of skepticism—will its frontier of procedurally-generated planets be fun to explore, or wear thin quickly? Will it be a buggy mess? Will the shooting be good, or just good enough to put up with for 100 hours?

MrOkiDoki and co. | 2023 | Competitive, 254 players, low-poly
A Battlefield-scale shooter that you can actually run. At least, that’s part of the pitch from developer MrOkiDoki and crew—a “low-poly” FPS with entirely destructible environments, snappy shooting, and up to 254 players on a single server. The devs are running an open playtest on Steam, so you can actually try this one out right now.

Arkane Studios | 2023 | Co-op, Far Cry but vampires
It was hard to accept that Arkane’s next project is a co-op vampire shooter instead of, y’know, Dishonored 3, but considering Deathloop was a decent FPS with some really cool guns, I’ve decided to be on board with Redfall. Despite early descriptions that made Redfall sound similar to Left 4 Dead, Arkane recently clarified that Redfall is much more like a Far Cry game. To me, that means players will be wandering around an open world clearing camps of vampires under a veil of stealth until an alarm is tripped and the fight is on.

Creative Assembly | 2023 | PvP, anti-capitalist extraction shooter
The folks that make all those Total War games I hear good things about (and once upon a time made Alien: Isolation) are making a sci-fi competitive FPS. Creative Assembly has kept a tight lip on Hyena’s details since announcing it six months ago. It’s not entirely clear what FPS subgenre it belongs in, and it’s hard to guess without any public gameplay out there, but behind-closed-doors presentations at Gamescom 2022 suggest Hyenas is an extraction shooter with Apex Legends-style abilities and movement. Enticing!

Nightdive Studios | March | Remake, throwback, immersive sim | ✅Demo
The System Shock remake will be my first System Shock playthrough, and I’m pretty psyched about that. Nightdive has the hard job of updating a very beloved but very old classic to stand up with modern shooters without losing what made it special, and based on the strong Steam demo that you can still play now, it’s on the right track.

Offworld Industries | 2023 | Co-op, sci-fi, bugs
The studio behind milsim Battlefield-like Squad is taking a break from simulating actual wars to bring some long overdue bug extermination to PC gaming. Starship Troopers: Extermination seems to be built on the same platform as Squad, which I believe makes this the first milsim sci-fi shooter crossover? Definitely a strange pairing. If nothing else, the Squad lineage means it should be able to handle large-scale bug wars pretty well. I am a little worried that Extermination will inherit the milsim’s stiff movement, but I’m hopeful.

Free Lives | 2023 | Quick violence, slapstick, Foot | ✅Demo
Anger Foot is what happens when someone has the genius idea to translate the brutal, blink-and-you-miss-it violence of Hotline Miami to an FPS. Except in place of a darkly surreal story of mobsters and betrayal, Anger Foot is a slapstick shooter about literally kicking ass with an unreasonably powerful foot. It’s more of a first-person foot-er with shooting in it. In the words of its Steam page, “Shit City is a disease and your foot is the cure.”

Ascendant Studios | 2023 | Wizard shooter, big budget
There’s new big-budget studio on the block, Ascendant Studios, and it’s backed by EA under its EA Originals program. Original is right—Ascendant describes its first game as “a groundbreaking new single-player, first-person magic shooter that delivers a visceral, cinematic campaign experience.” You don’t see first-person wizard games every day, and definitely never one with a significant budget, so that alone has earned my interest.

Auroch Digital | 2023 | Singleplayer, boomer shooter
I had no idea this one existed until this week, but it’s instantly near the top of my list. Throwback shooters (or their affectionate nickname, boomer shooters) are a dime a dozen these days, but there’s something really attractive about Boltgun’s mimicked ’90s aesthetic—I think it’s the gun/arm textures that are both hyper-detailed yet undeniably blurry, sort of like the original Mortal Kombat characters that were actually photographed.

Trepang Studios | TBA | Fast-paced, bullet time | ✅Demo
This slick “indie FEAR” has come a long way since 2019. Trepang2 is a bit like Doom in that it’s about creatively kicking ass in enclosed spaces, but flavored with the sort of slow-mo gun-fu that made 2005’s FEAR special at the time. I played the updated demo last year and was immediately smitten with its freeform bullet time and human shield mechanic that turns expendable grunts into damage-soaking consumables. The release isn’t officially set for 2023, but considering the devs just barely missed its goal of releasing in 2022, this year sounds like a sure bet.

ITEM42 | February 2 | Co-op, sword ‘n gun, Roman purgatory | ✅Demo
Another cool co-op shooter to look out for—Perish is a 1-4 player shooter about buying your way out of purgatory by wasting untold numbers of shambling husks, demons, and undead Roman centurions. There’s a lot of sword and hammer swinging in the trailer that made me think Vermintide, but judging by the revolver, double barrel shotgun, and a bolt-action rifle featured on the Steam page, there’s a fair bit of Darktide in there, too.

Studio Surgical Scalpels | 2023 | PvP, chinese astronaut warfare
I reckon I’ve worn just about every suit of armor possible in FPSes at this point (bulletproof, invisible, medieval knight, alien flesh), but Boundary is the first game I’m aware of about suiting up in full white, puffy astronaut suits and shooting guns at each other. I’m very curious to try out Boundary’s zero-g PvP, but I find the entire concept stressful. Space suit is number one on the list of garments that you really don’t want to have holes in. Also worth noting that Boundary is the first game from chinese indie outfit Studio Surgical Scalpels, so that’s pretty cool.

GSC Game World | December 2023 | Open world, zone fiction
The sequel to one of the most-celebrated immersive sims of PC gaming is planned to come out this year (though given some at GSC Game World are literally fighting the Ukraine war (opens in new tab), that date might slip). I’m slightly embarrassed to say that Stalker has never clicked with me, but Stalker 2 is looking incredible.

Update 1/12/23: Added a few games and removed one that previously released on another storefront (that’s what I get for not using the Epic Game Store). 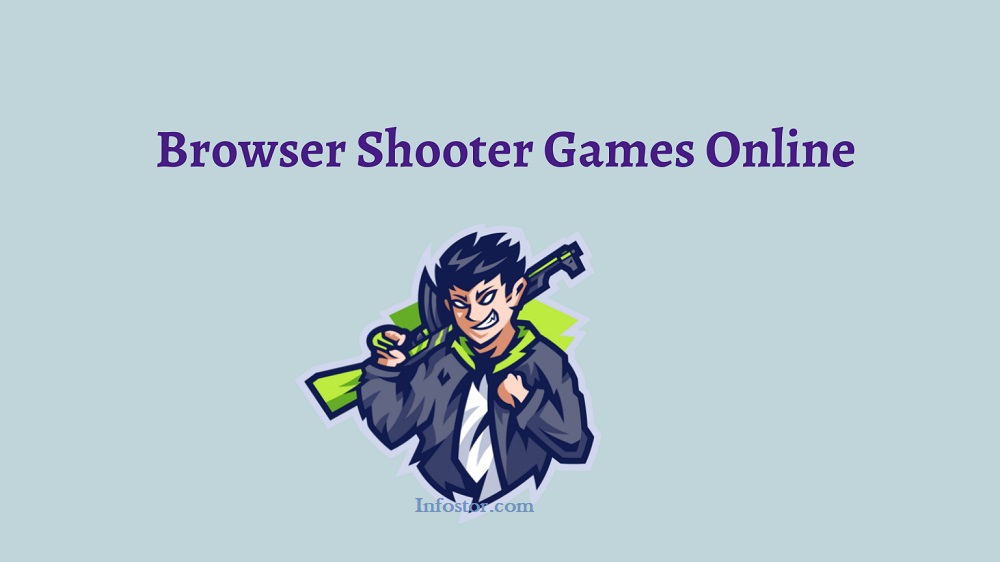